YES! When tested in accordance with the NSF's protocol based on a 40 gallon filtration (double the rated usage), ZeroWater removes 98% of Manganese from your tap water. 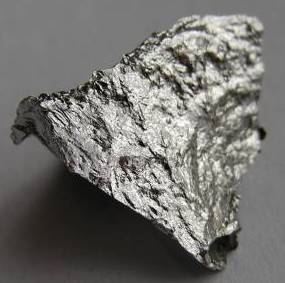 How does Manganese get into your water? There are two forms of Manganese in the environment: Inorganic and organic compounds.

Organic Manganese compounds are used in some pesticides, fertilizers and in a gasoline additive called Methylcyclopentadienyl manganese tricarbonyl (MMT).

Manganese compounds can be present as dust particles in the air and dissolved in groundwater or drinking water.

Manganese is the twelfth most common element in the crust of the earth and its compounds are widely distributed. It is a very reactive metal and exists in seven oxidation states.

The most important and stable oxidation state is divalent Manganese,  Mn(II).

Elemental Manganese dissolves readily in dilute acids. Its physical and chemical properties  resemble those of iron.

The most important naturally occurring Manganese compounds are:

The Health Implications of Manganese

A very good an in-depth article on Manganese can be found here:

Manganese is a mineral that, in very small amounts, is essential for proper functioning of the human body.

It is a trace mineral present in the human body in small quantities, primarily in the bones, liver, kidneys and our pancreas.

Manganese is important in connective tissues, in the formation of bones and blood-clotting factors, and is also involved in fat and carbohydrate metabolism, calcium absorption and blood sugar regulation.

Manganese can enter into the human body through a variety of ways, including:

According to the Environmental Protection Agency (EPA), the World Health Organization (WHO) , Manganese at very high levels can pose a neurotoxic risk.

Exposure to high concentrations of Manganese over the course of several years has been associated with toxicity to the nervous system, producing a syndrome that resembles Parkinsonism. This type of effect may be more likely to occur in the elderly.

Children are considered to be particularly susceptible to possible effects of high levels of Manganese exposure because they absorb more and excrete less Manganese than adults.

This adds up to a greater potential for exposure in the very young. Since Manganese’s effects on the developing nervous system have not been adequately studied, it is especially prudent for pregnant women and young children to have drinking water that is below the Manganese recommended level.